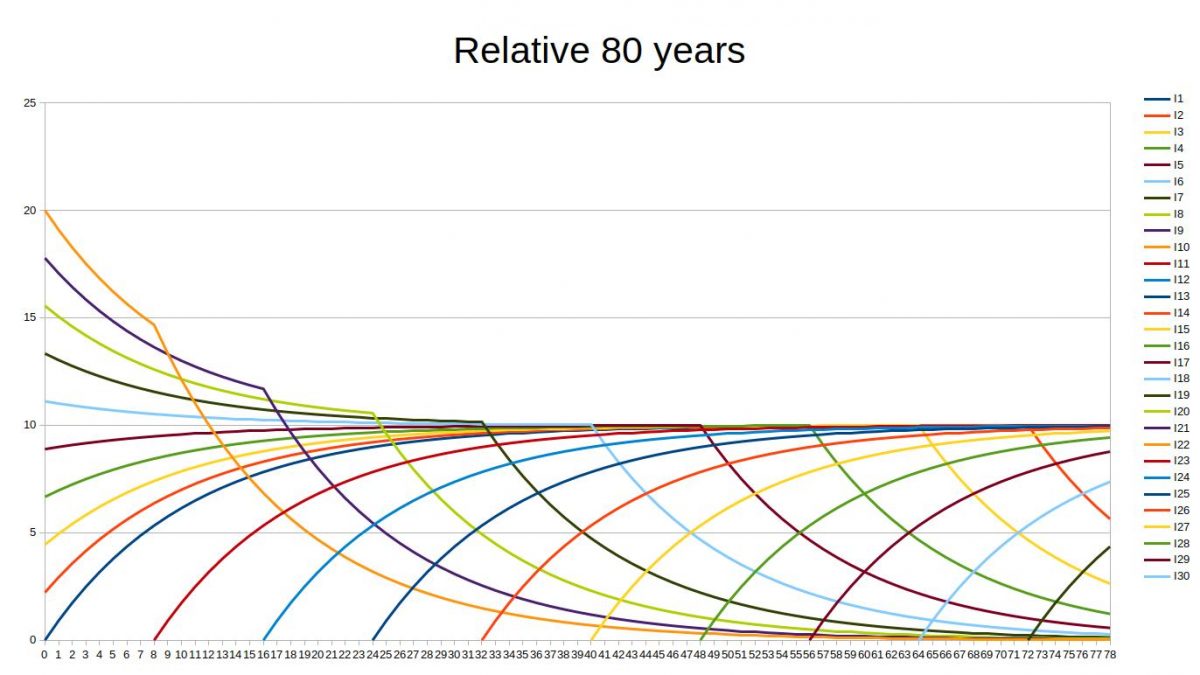 In part 3, we have simulated unbalanced exchanges between three individuals in a Libre currency. Now it is time to look what happens when new generations replace old ones. You can download the file for this part here.

(c) Changing frames of reference in time: replacement of generations

As humans do not live forever and new humans also come to this world, we will study what happens when new generations replace old ones.

First let’s have a look a the absolute amounts in the accounts of 20 individuals with only 10 of them present in the economic zone at all times. Every 8 years, one individual dies while another one is born. Here is what it looks like for 80 years: 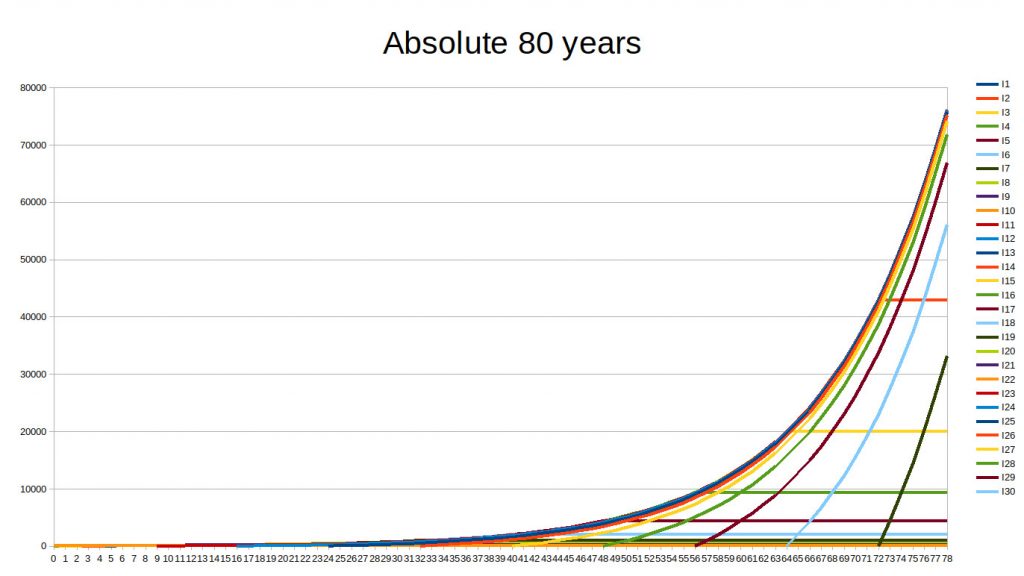 We see that every account grows when a new individual is born, and then stays at the same value when he dies – these are the horizontal lines on the right of the graph. Let’s extend that to 160 years: 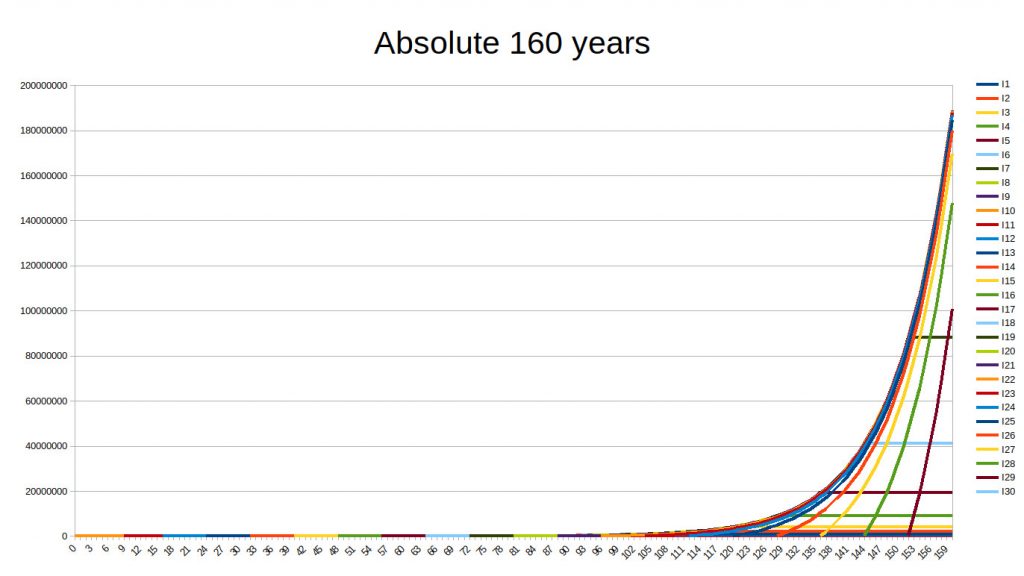 No surprise, as we have an exponential curve, things get “compressed” in the graph.

As it is a little messy to mix all accounts, let’s isolate one, for instance I12: 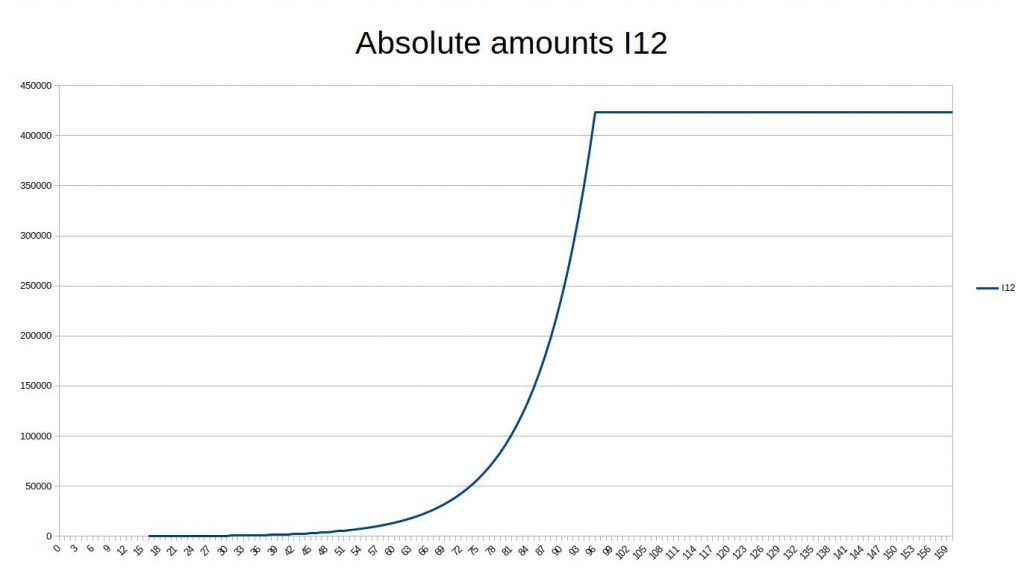 It is very clear that he starts at 0, then his presence creates money exponentially, finally the monetary creation stops when he dies.

The absolute graphs are not so interesting so let’s have a look at the logarithmic version (which is actually log(x+1) to be able to see the 0 values): 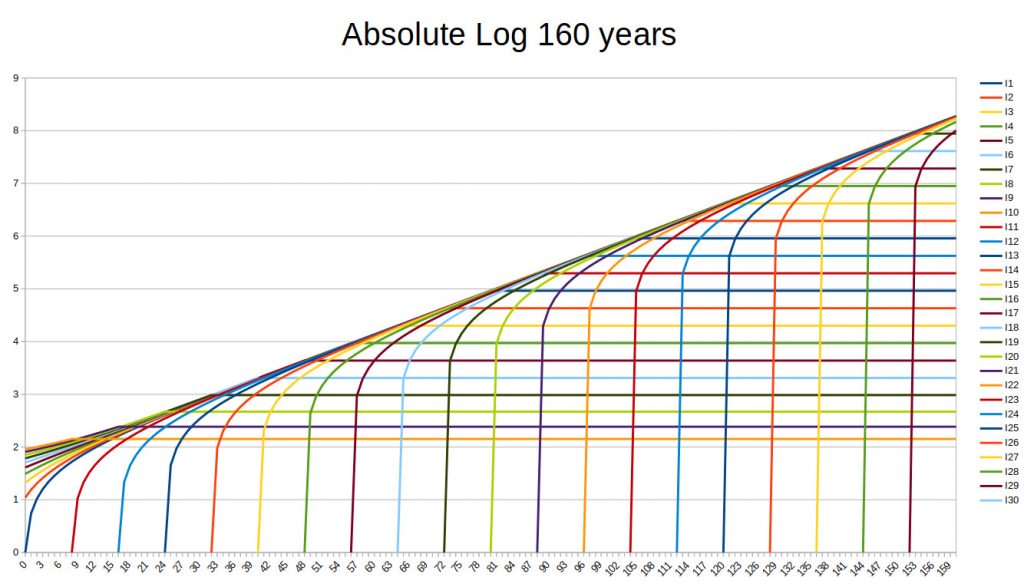 Given that graph, we now see the newcomers who start at 0 and who catch up quickly during their lifetime with the previous individuals, until they die and their account gets as flat as their heartbeats…

While absolute values are interesting, the relative values in the UD scale are even more interesting. Here is the graph on 80 years: 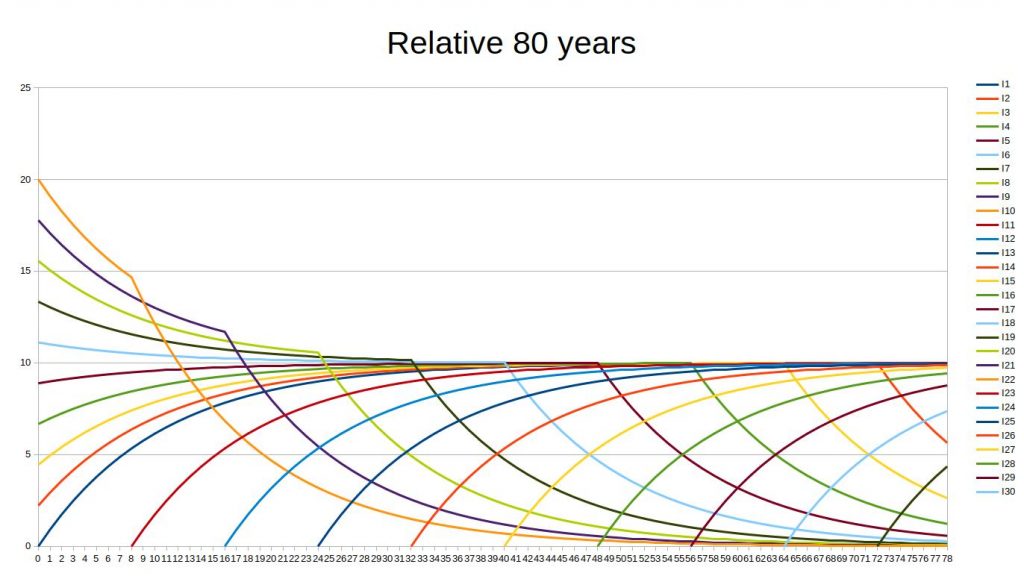 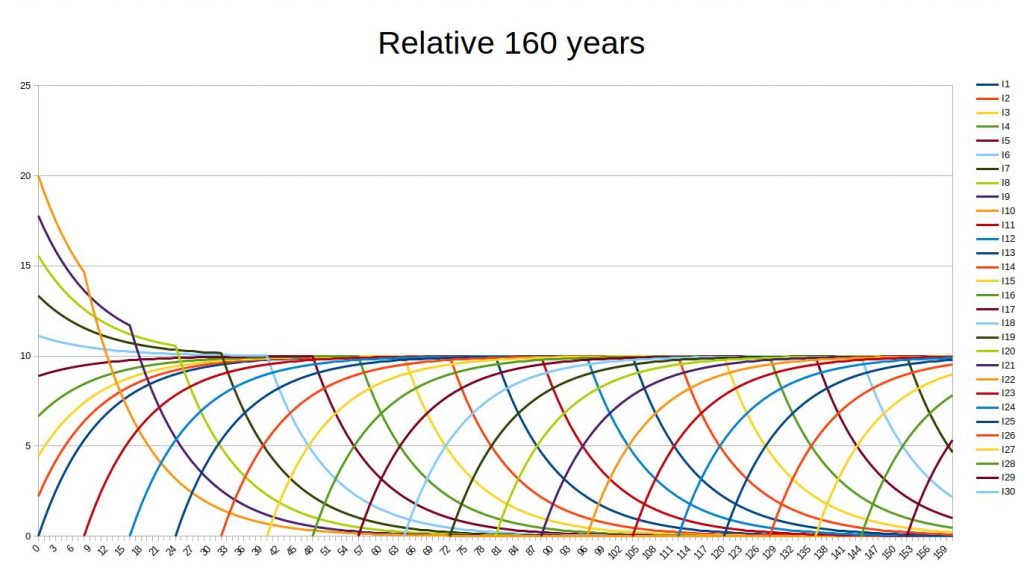 Indeed, all individuals follow the same scheme, let’s isolate I12 as we already did in the absolute scale, but this time in the relative scale: 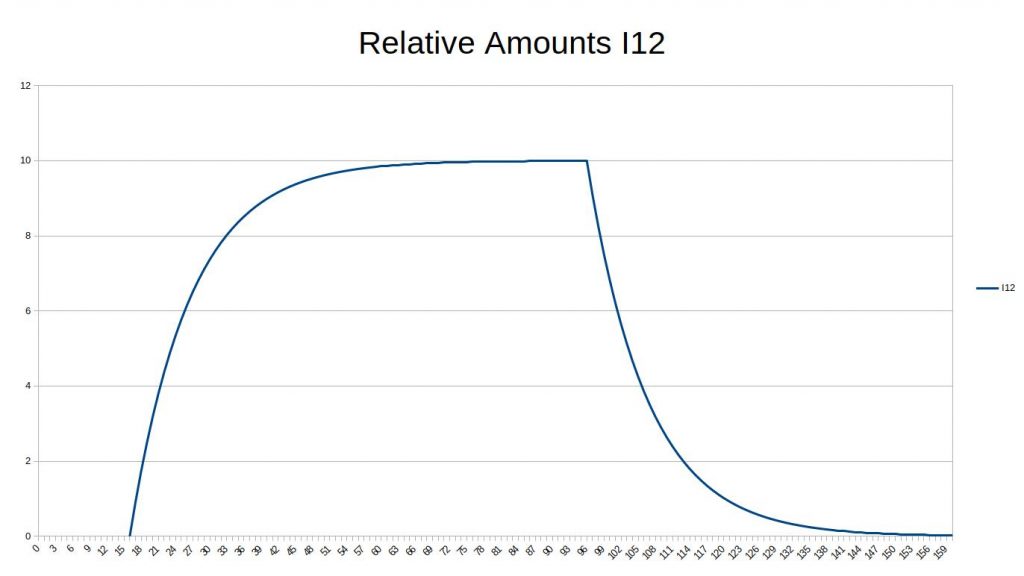 See you in Part 5, the last part of my Galileo Module.

One thought on “My Galileo Module – Part 4”