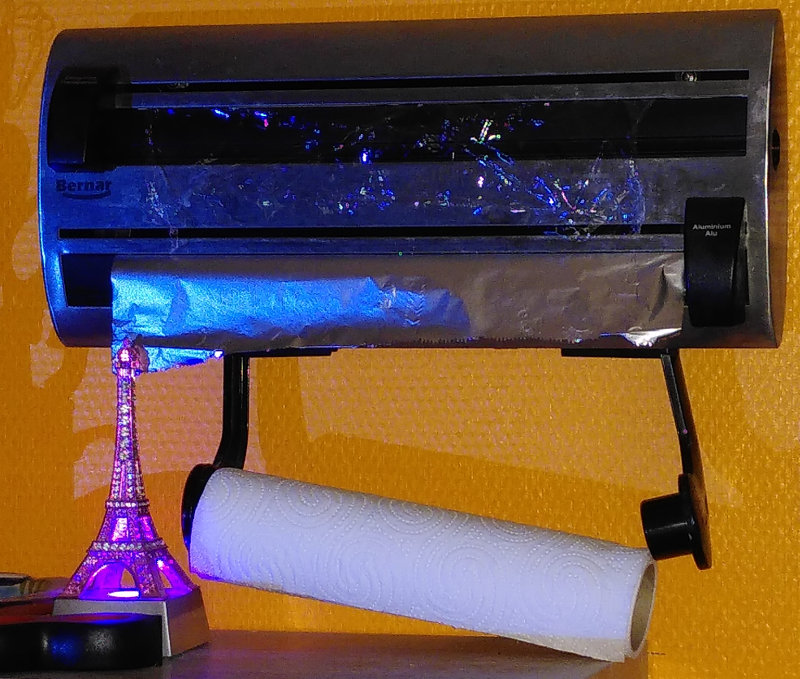 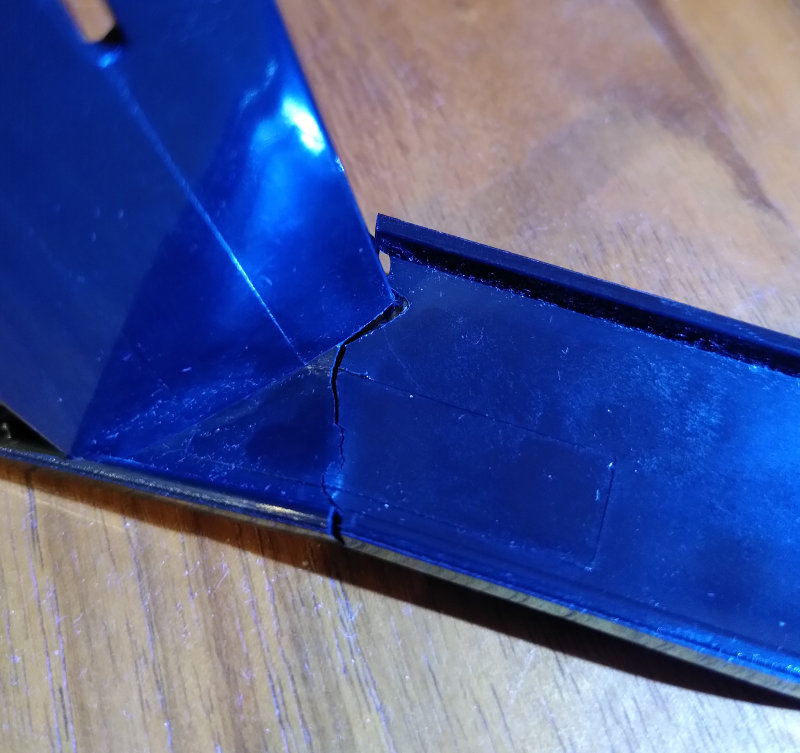 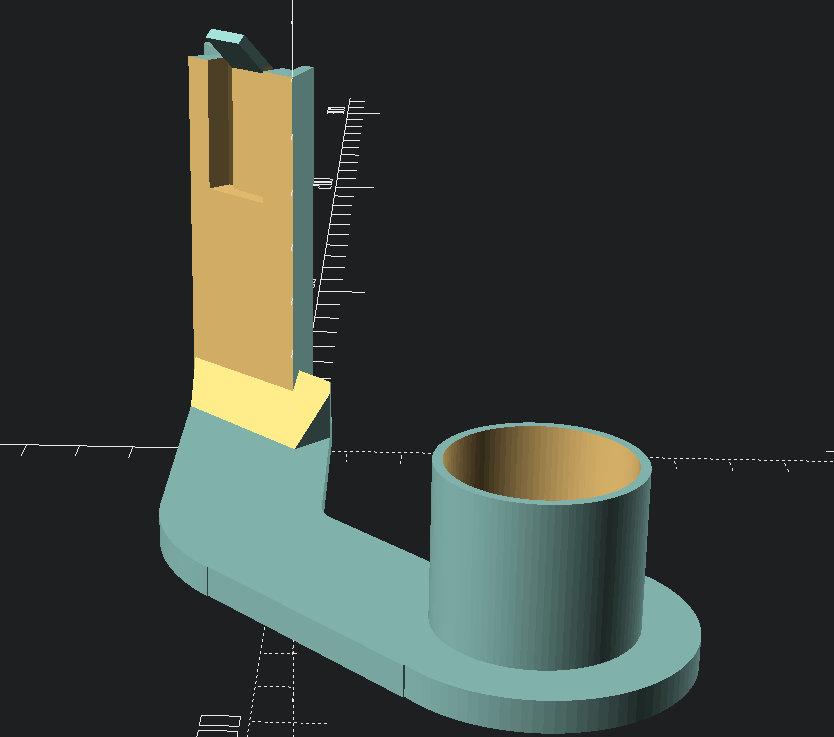 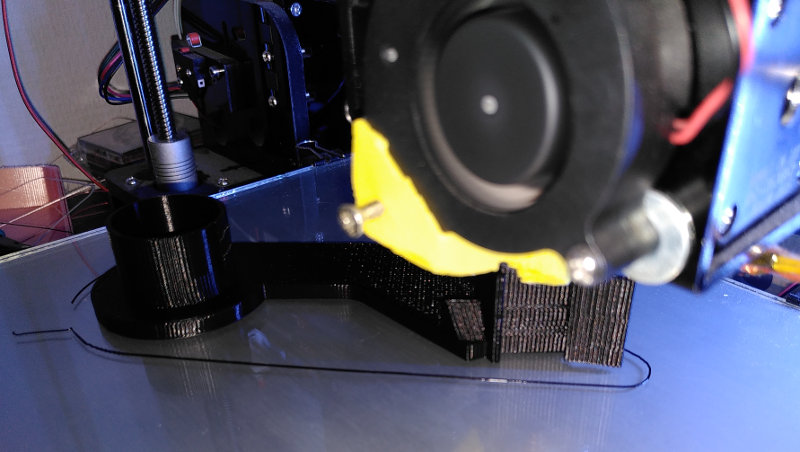 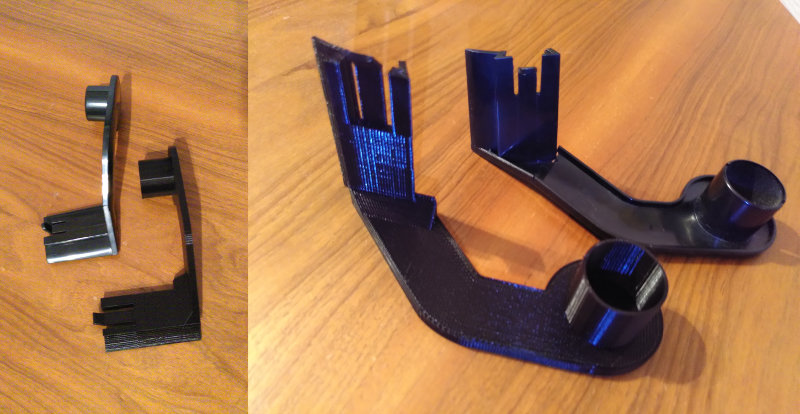 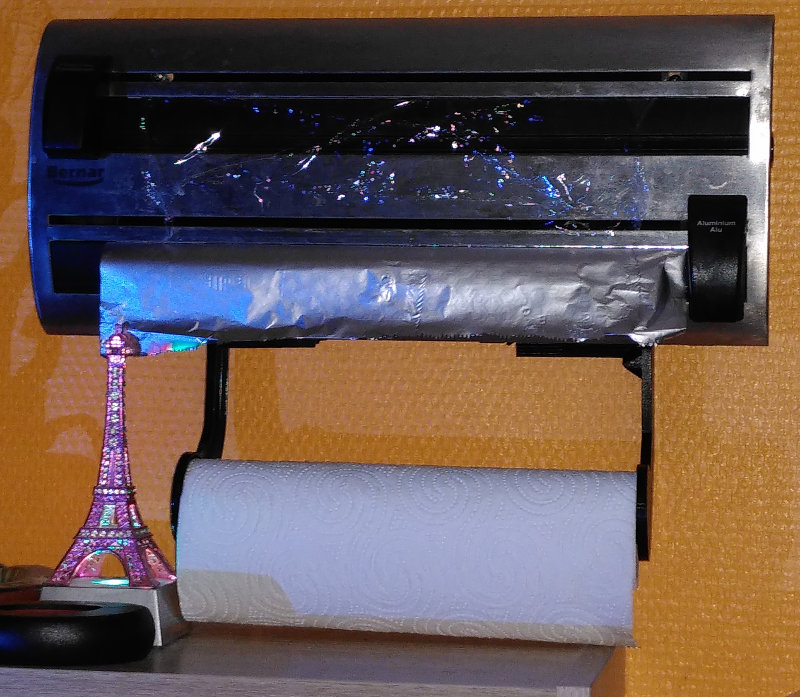 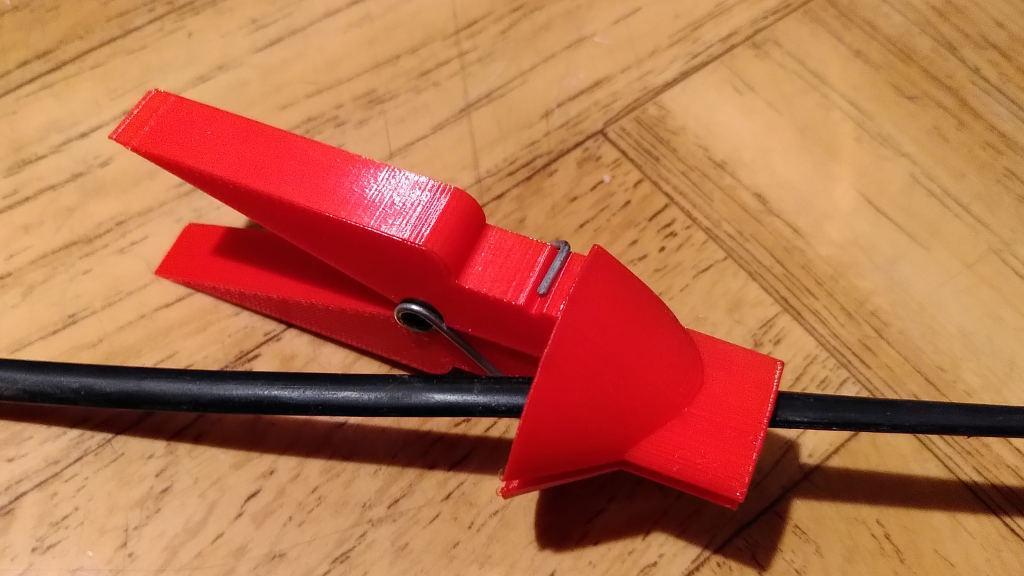 This is a follow-up to my older post Planned Obsolescence, 0 – 3D Printer, 1.

Have you ever had a problem with you vacuum cleaner where the electric cord just won’t stay out and will annoyingly get back inside the machine slowly? Like this:

Well, that happened to me. You can of course open it and try to figure out which piece is having a problem. But there’s a good chance that it won’t fix it for good and the problem will come back – that’s the whole point of programmed obsolescence.

So I designed a very simple clip to hold the wire in place, using the spring of a normal clothes peg – which by the way turned out to be very impractical as a temporary fix.

Here is the result: 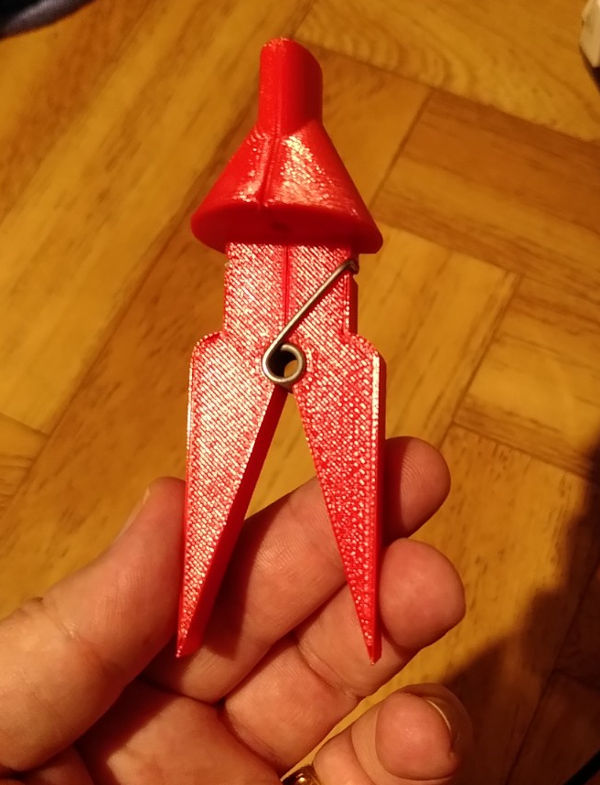 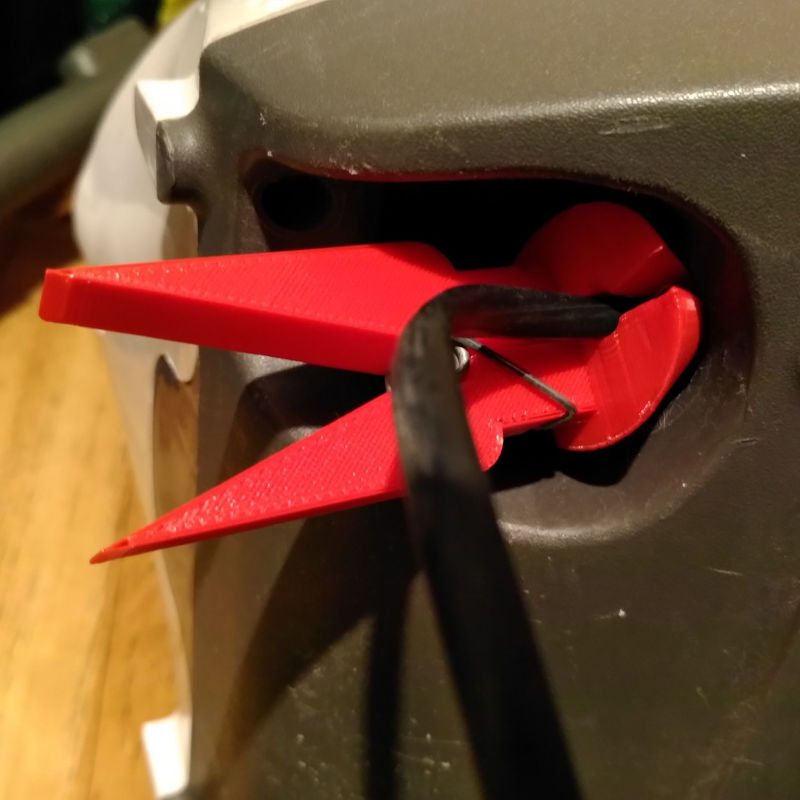 Plain and simple, and downloadable on my thingiverse page, as usual. 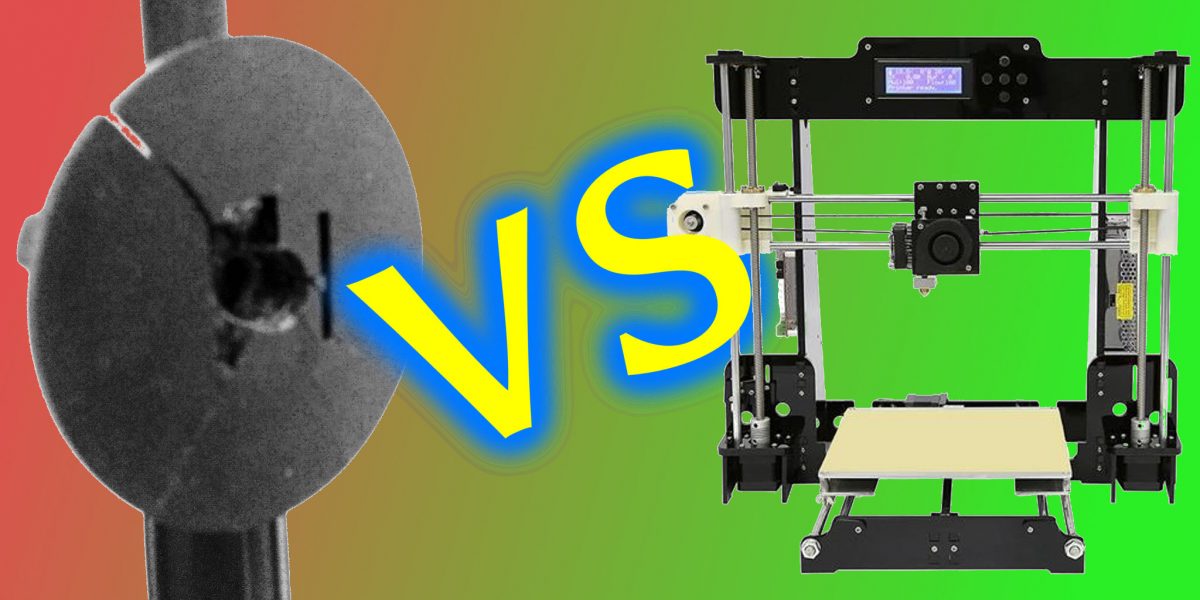 It is not the first time that I fix something with 3D printing. But this one was an interesting one!

A few years ago, I bought two stands for my microphones. Okay, they were inexpensive, and maybe it was a bad long-term choice. Maybe I should have opted for more expensive ones. But I have noticed that higher prices don’t always mean better quality. These days, they often mean higher reseller margins.

Anyway, both stands were poorly designed. Even though they did last several years, they finally broke recently, roughly at the same time. Unsurprisingly, the faulty piece is a part made of plastic. It sustains high pressure on a very small surface. And after a while, it just gave in. I believe that, without me noticing, cracks developed over time, until they became big enough to break the piece completely: 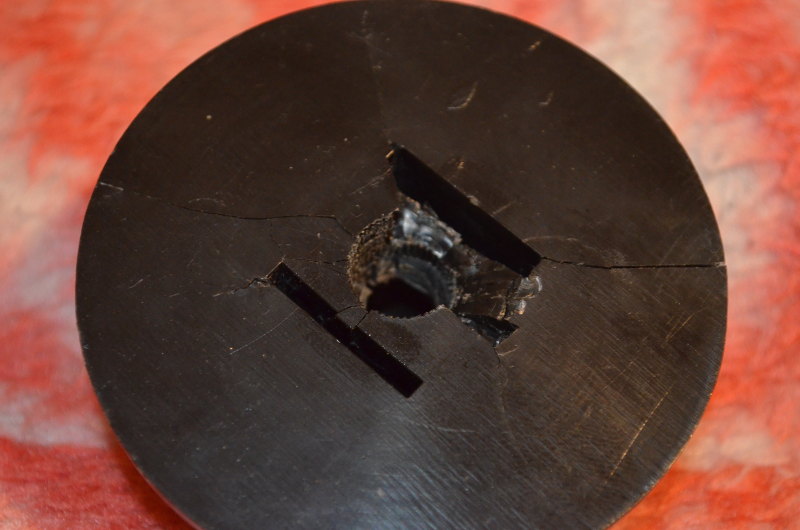 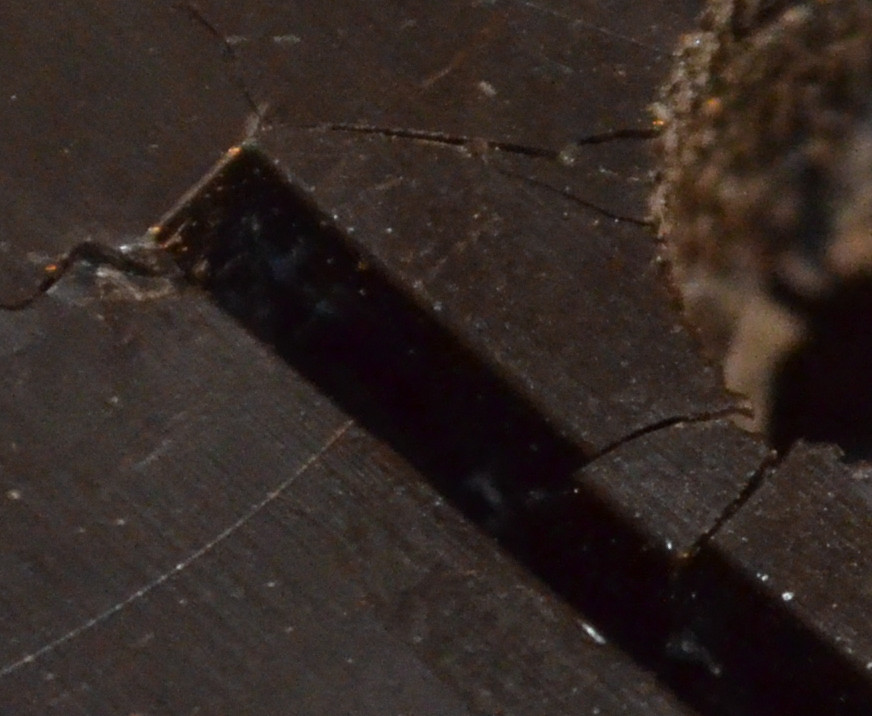 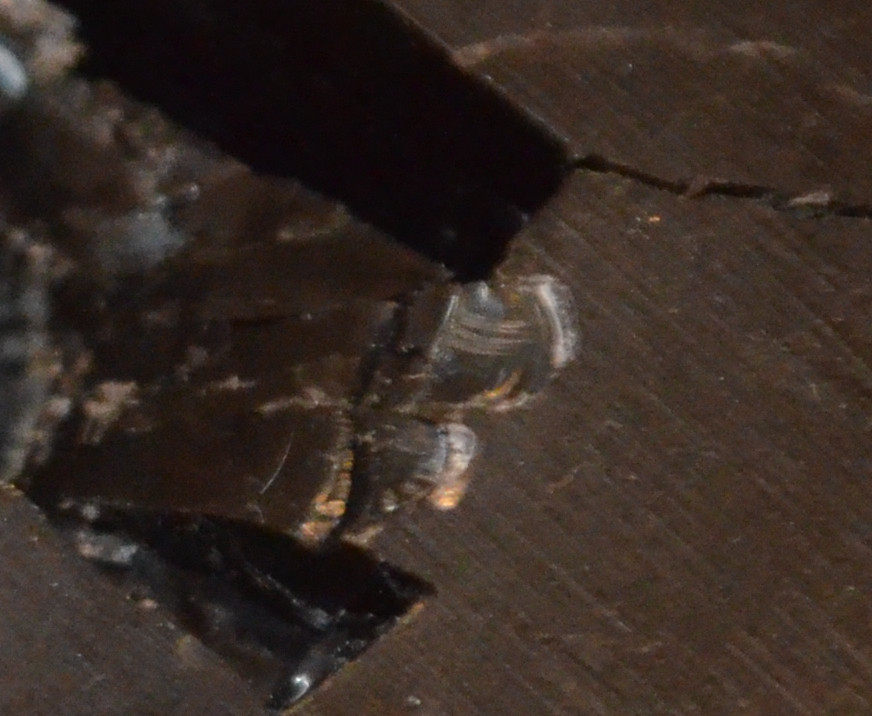 As you can see, it is pretty bad. Of course, I couldn’t find spare pieces, especially as these are already “old” (anything beyond a year is “old” nowadays). And without this piece, the stands are totally unusable.

The first reflex was: it’s cheap stuff, I can buy new stands! Why bother for 20 euros?

But apart from this broken piece, those stands are in perfect condition and they could serve their purpose for many more years. Why pay? Why extract more metals from the Earth, build more plastic pieces mostly from petroleum, more rubber from trees or worse from petroleom again, use energy to forge, heat, assemble, then use again more energy to ship those new stands to me or go and fetch them from a local store – where they would have been shipped from somewhere anyway? And dispose from transport boxes that kill trees? As well of course as disposing from the broken stands. And as a result buy new stands in a few years when those new ones will break?

I didn’t actually want any of that, especially as I have the “Planned Obsolescence Killer” at home : a 3D printer!

Compared to all the waste of buying brand new stands, printing a piece is quite environment-friendly: it does use some electricity (not much), and I mainly print using PLA, which is basically made of… corn. This material does have its pros and cons, but it is certainly better than petroleum-based plastic.

I spent some time designing a solution. This piece allows the axis to be rotated to the desired angle, and it is a functionality that is really needed for this kind of object! So even though there were many alternative ways of fixing that stand, I wanted to stick with the original design as much as possible.

On the other hand, printing this kind of piece with PLA was going to get me in the exact same trouble in a few years: the plastic would certainly not resist the pressure. I could also print with nylon, but I try to avoid it as much as possible due to environmental concerns. Besides, given the pressure on that piece, I wouldn’t be so sure that even nylon would resist for a long time.

I first thought of adding washers to maximize the surface in contact, but I finally came up with using nuts with a ring base.

Here is one part of the final model: 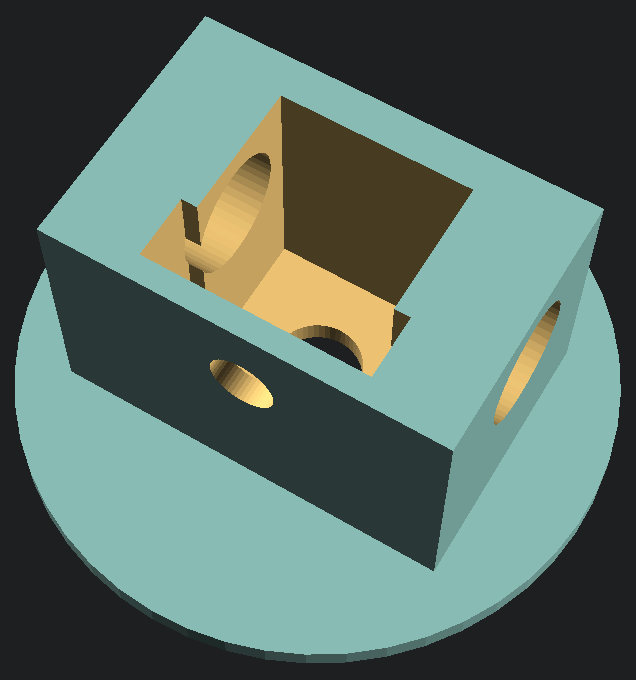 I heated the printer and printed the pieces: 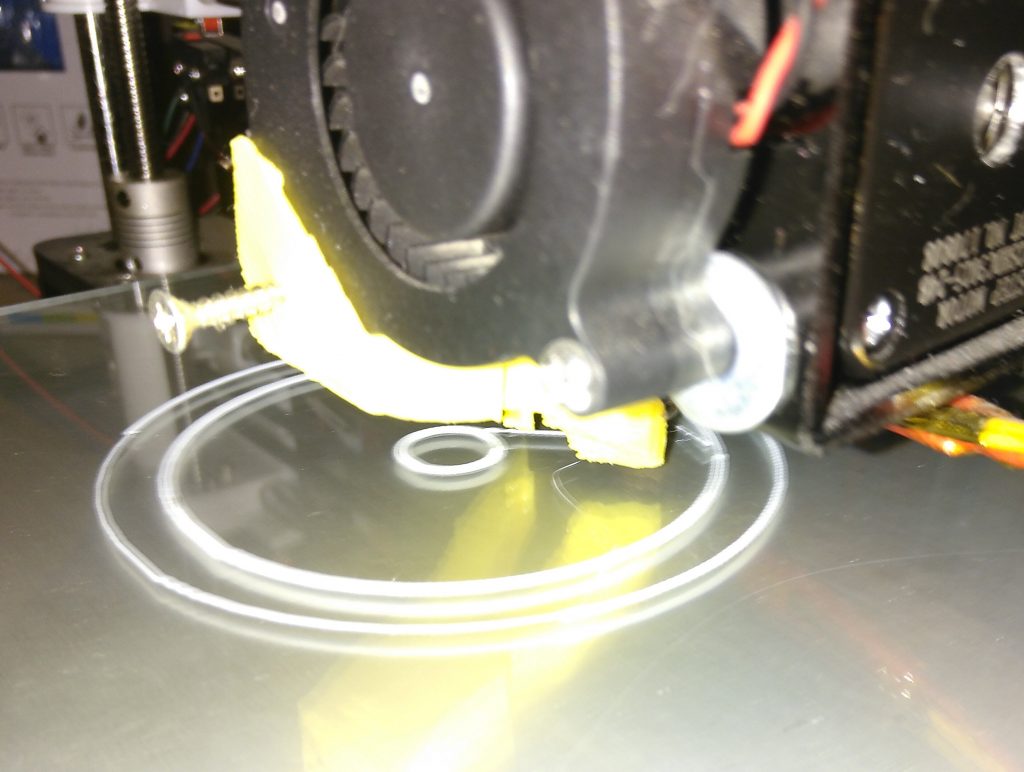 That piece has two other pieces which hold the nuts in place and stop them from turning, even if the pressure actually isn’t a rotating one but a pulling one. 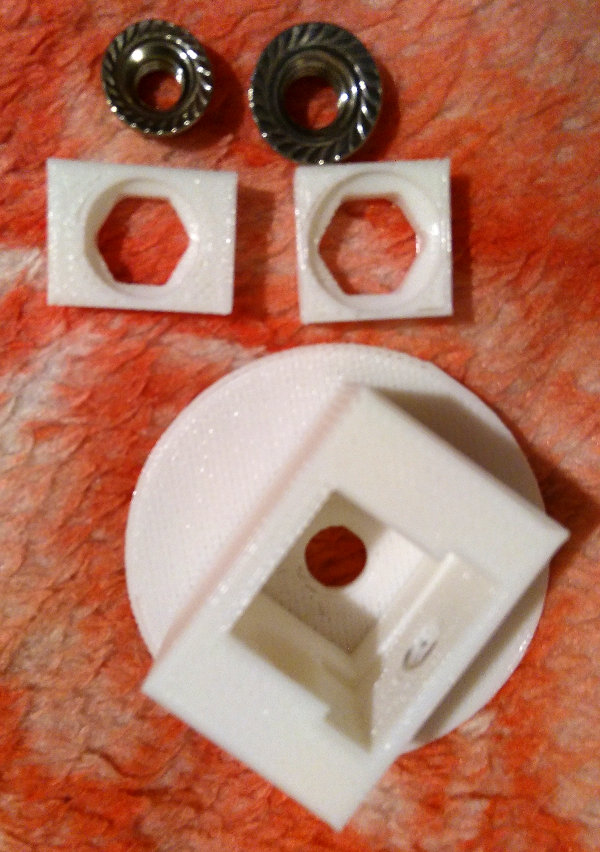 Mounting the nuts in place and putting one of the pieces in its socket: 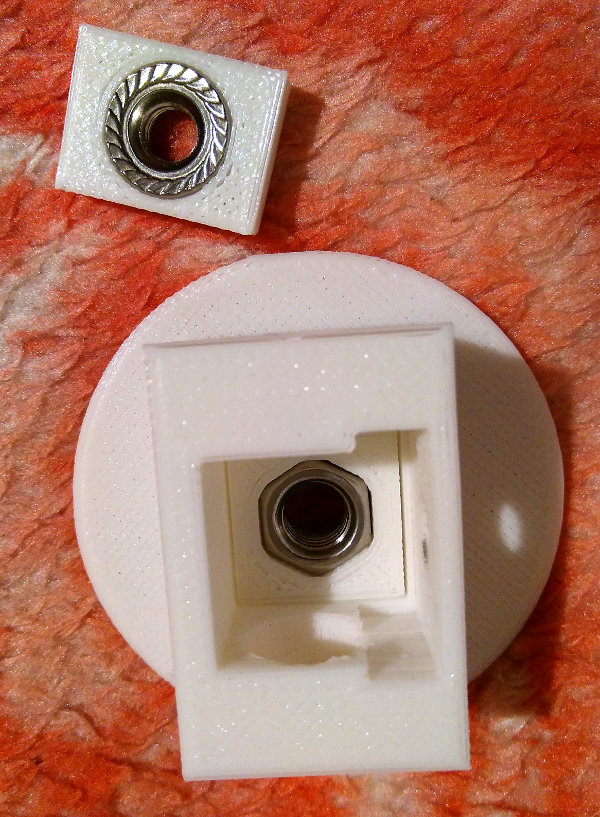 The socket for the second piece is clearly visible. The final mounted piece: 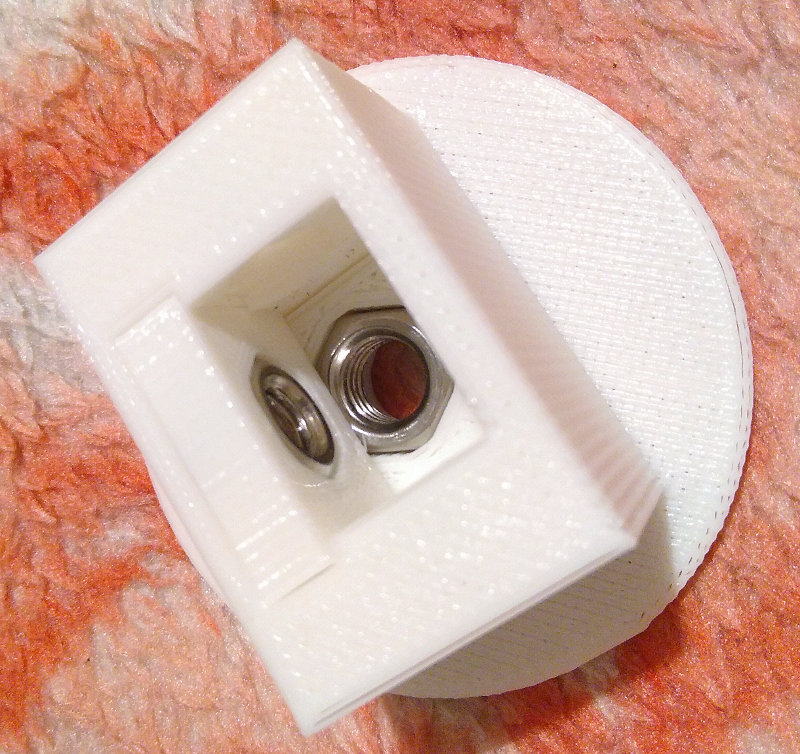 And now it was just a matter of putting it instead of the old piece: 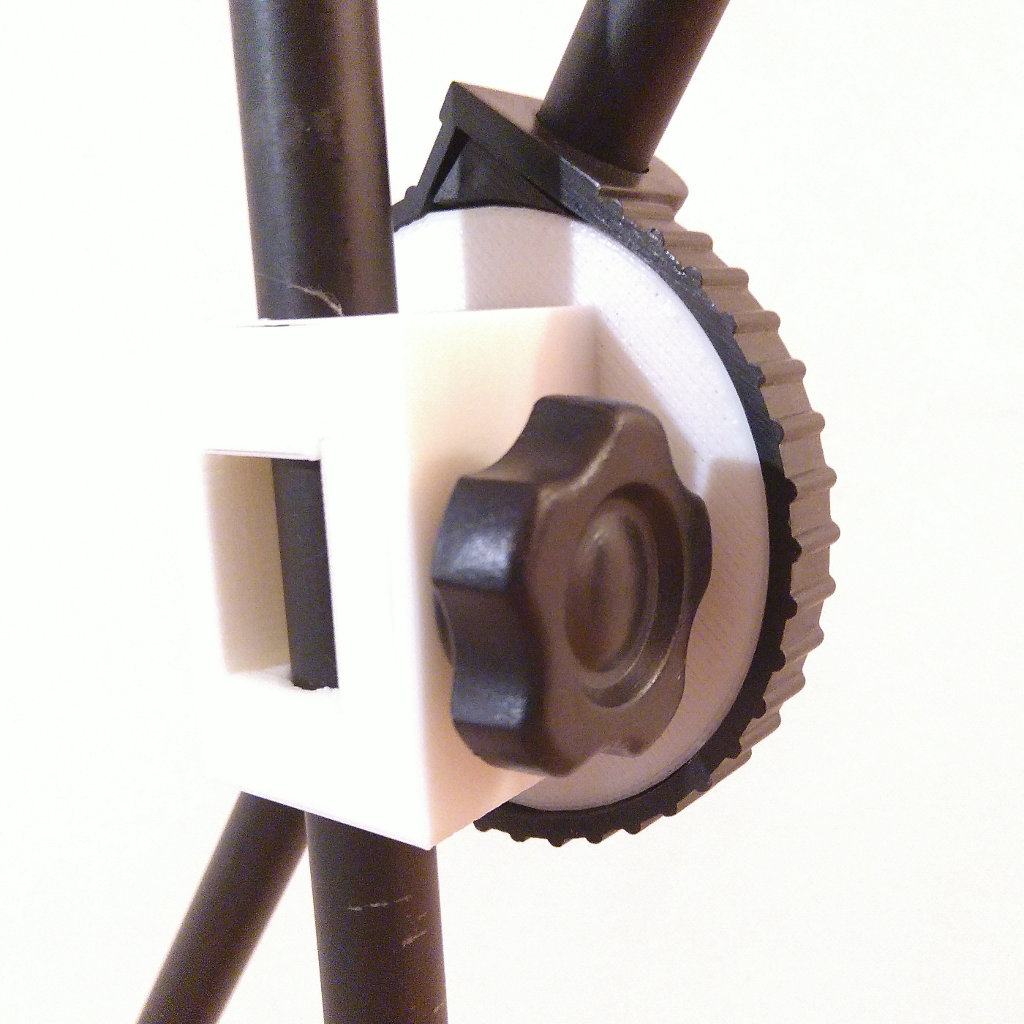 Et voilà ! Both stands are fixed with just a few grams of PLA. I think they will last some more years. In fact, I believe this kind of thing should last at least for a lifetime. But then, how would we sustain “economic growth” to pay for growing banking interests?