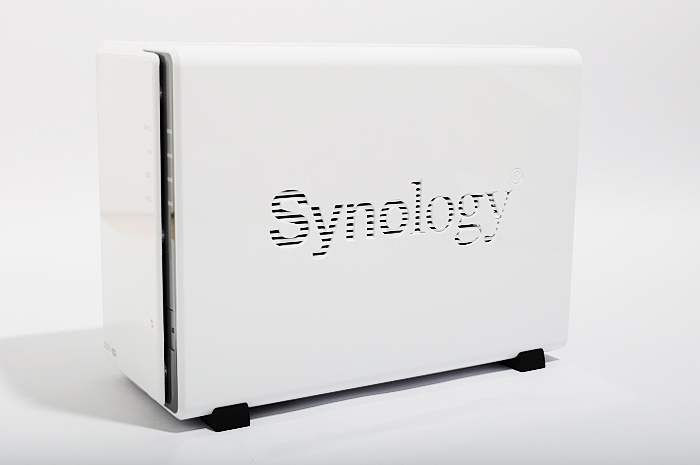 I’ve just unmounted my drives from my Synology box, replaced by a home-brewed server. I’ll write some other article about the reasons that made me switch. Just in case you wonder, the Synology box is running fine. That’s not the point.

I took the disks from the Synology box and plugged them into a host with simple Linux distrib (in my case, Ubuntu, but that shouldn’t matter).

That’s it. You have the file system from your Synology box on your Linux machine. It may come handy in case your box crashed and you are waiting for a new one. In the meantime, you have access to your data.

In case you want to reuse the disks and dispose of them (WARNING: the following will destroy your data on those disks), here is how to do it.

Now check the md volumes that are available and that you didn’t create yourself (just use ls /dev/md12*). Then stop those volumes (replace md12? with the volumes you want to stop if you have additional ones on your system that you obviously don’t want to stop – they won’t stop if they are mounted anyway):

Empty the beginning of the related disks, for each disk replace the … by your disk letter:

And now you can play around with partitioning etc without being bothered again by vg1000 or mdadm.

You have precious data

In this digital era, we all have data that we care about. You certainly wouldn’t want to lose most of your earliest baby pictures. 😀

That data is very diverse, both in its nature and in its dynamism. You have static backups such as your baby pictures, but also very dynamic data such as your latest novel. You also have a lot of data that you probably don’t want to back up at all, such as downloaded files and programs. Well, if those files are actually your bank statements, you may want to have a backup in case something goes awfully wrong.

Many people store their “stuff” on their computer, and that’s about it. Then one day, the computer crashes. Bad news, the hard disk is dead. Woops.

The thing is, hard disks fail. In 30 years of dealing with computers on a daily basis, I’ve experienced on average one hard disk failure every 2 years, and I don’t even mention the countless floppy disks that died in my hands. 😀 Maybe I’m unlucky.  Maybe I use computers too much.

Regardless, I know people around me who also experienced hard disk failures and were not prepared for them. Some of them took it well, invoking destiny, others didn’t take it so well. But in any case, when it comes to data loss, destiny can be bent. And although I’ve had mostly hard drive failures, SSDs fail too, and in an even worse way since they generally give very little warning signs (if any) and the whole disk is gone at once, whereas on traditional hard drives it may still be possible to retrieve some of the data. USB keys and SD cards are no exceptions, I’ve found they fail quite often, even the ones from established brands.

Most of the time, trained and highly skilled professionals can recover most of the data using specialized equipment. For some examples of what is possible, you can check out this video channel of a very talented data recovery expert for amazing videos. But that comes at a cost. And recovering everything is not always possible.

You can cheat destiny with redundancy!

The good thing about computers is that, unlike paper data, digital stuff can be copied over and over, and that process is very easy and lossless. You just need to use this capability!

The first step towards minimizing the risk of losing data because of a hard disk failure is to set up a RAID (Redundant Array of Independent Disks). The basic idea is to spread your data and duplicate it on several disks, so that if one fails, your data is still on the other disks and you have cheated destiny. We will cover that in the second part of this series.

Redundancy Is Not A Backup

But keep this motto in mind: “Redundancy Is Not A Backup”. You have your array of disks and you can be sure now that even if one hard disk fails, you are still safe. Now, what if a second hard disk fails just after that? What if a power surge fries all your disks? Hardware failures happen, sometimes of something else (motherboard, SATA controller, etc) that even corrupts your data like it happened to this guy. Viruses encrypt all your data and ask for a 1 million $ ransom to get it back. Human error is always possible and you may mistakenly delete some important files. What if your apartment gets robbed? What if it burns or gets flooded?

This is why, along with redundancy, you always NEED backups. You should obviously not store them anywhere near your computer, ideally not even in your home in case something bad happens there. We’ll get into more detail about this in the third part of this series.

Last but not least, as soon as you store your backups outside of your home, then comes the problem of privacy: what if someone comes across your backup and gets access to your data? You may not care about some of it being accessed by strangers, but you will probably want to shield some of your precious files from prying eyes. That will be the fourth and last part of this series.