This week-end’s project was focused around building a simple indicator on my desk that alerts me of any problem at home in real time. That way, I don’t need to regularly check things around. Well, this may sound overkill for many people. But over the years, I’ve written a program to monitor many things around me without the need to perform a regular check myself. The only thing I was missing was some real-time indicator that would alert me whenever something urgently needed my attention.

Computers. I am a computer engineer, and as such I do have a few electronic equipment around. I also monitor the temperature, humidity in and out of the apartment and also water leaks with sensors, as I have some sensitive musical instruments in my home. In the past 2 months, the temperatures here have gone up to 37 degrees Celsius several times. These measurements have helped us, without air conditioning (any form of heat pump makes things worse for the environment on the long term), to mitigate the heat. We could close everything when outside was hotter than inside, and open in the evening when the temperatures outside were coming close to the temperature inside.

Here are the temperatures my system measured for the last 5 days:

Where I came from

I already had a raspberry pi set up with a tiny monitor showing all the indicators and a big green light (or orange or red) showing the overall status. Something like this: 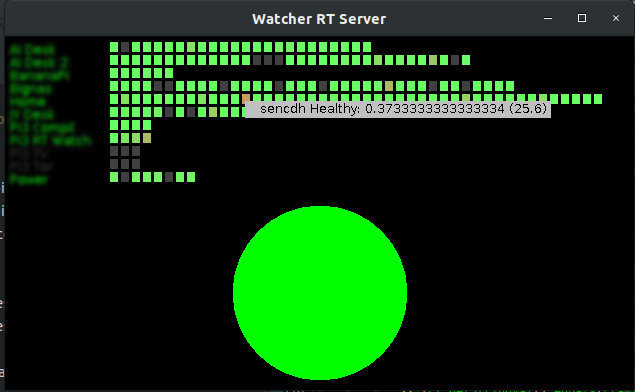 But this screen consumes 2.5 Watts when it is on, and only 0.15 Watt when it is off. This is a substantial difference, not even mentioning how much wear it causes the screen to be constantly on, just to show a green light!

A simple solution: use simple LEDs (which consume virtually nothing) controlled by the raspberry. So I built a first circuit to test the whole thing out: 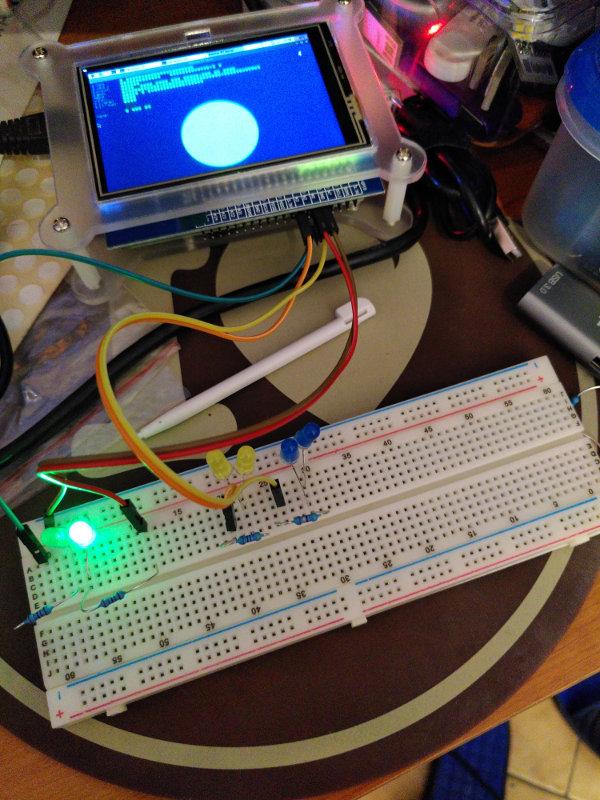 Of course, that also works with the screen off, that’s the goal after all! 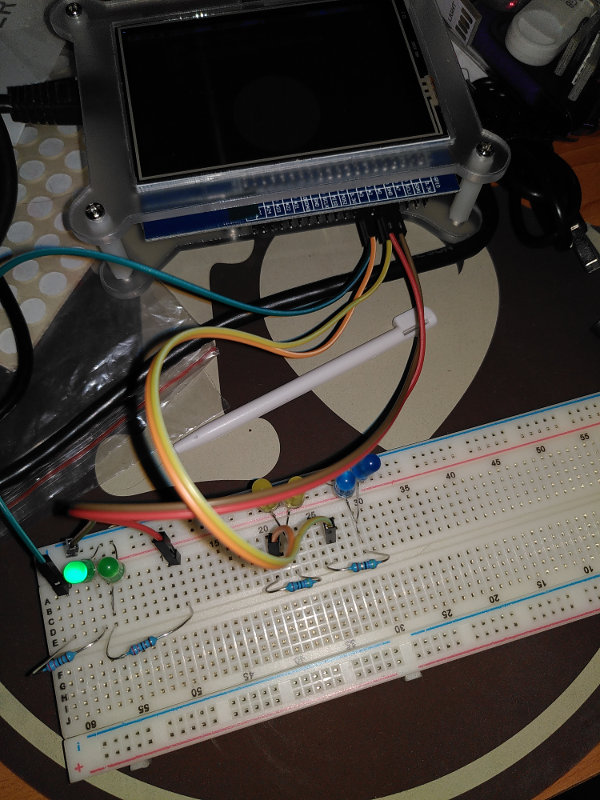 I had to arrange things together on a smaller plate: 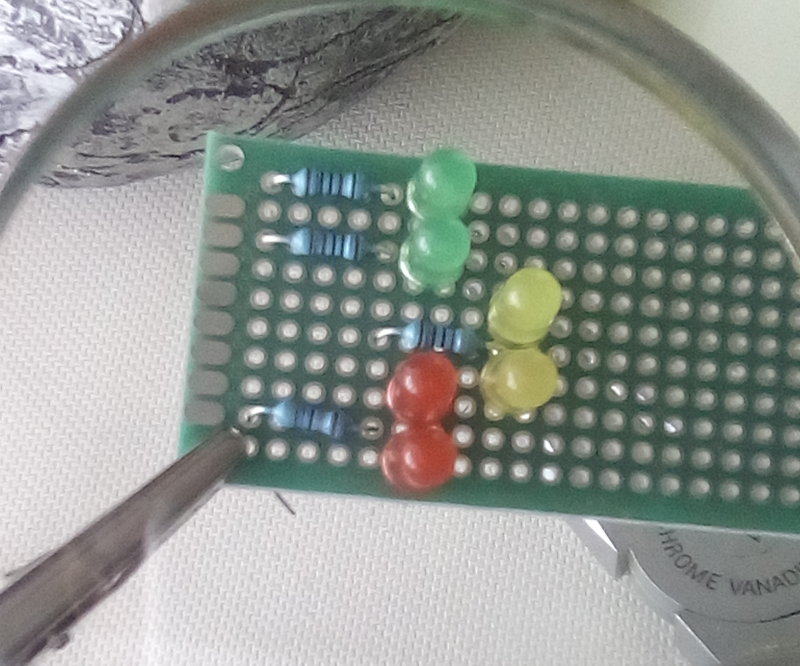 … and solder the whole thing together (yes I butchered the soldering, sorry): 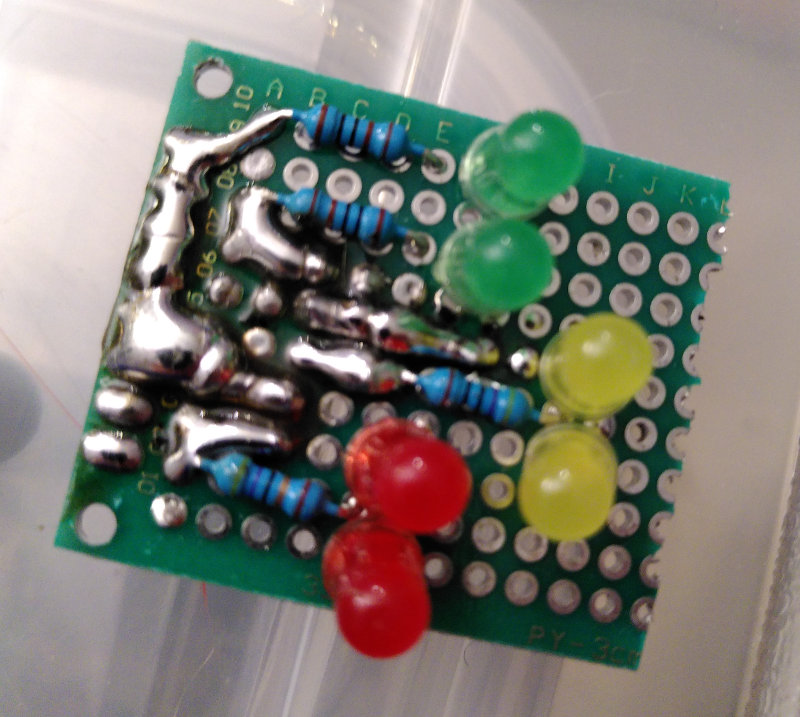 That was a mess…

Buddha (you can see his legs on top of the picture) had a hard time coping with the mess, but he played his role perfectly and went into a deep meditation: 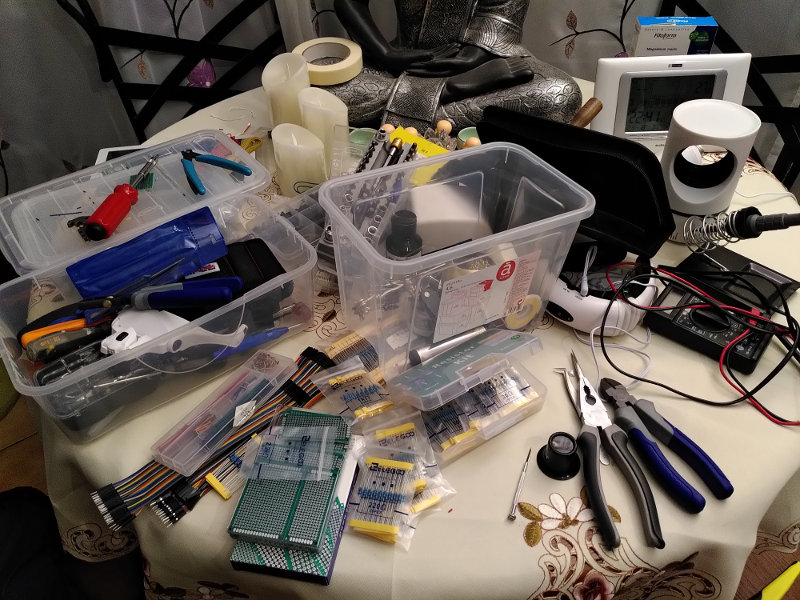 And of course I then had to use this very useful piece of equipment for the cables: 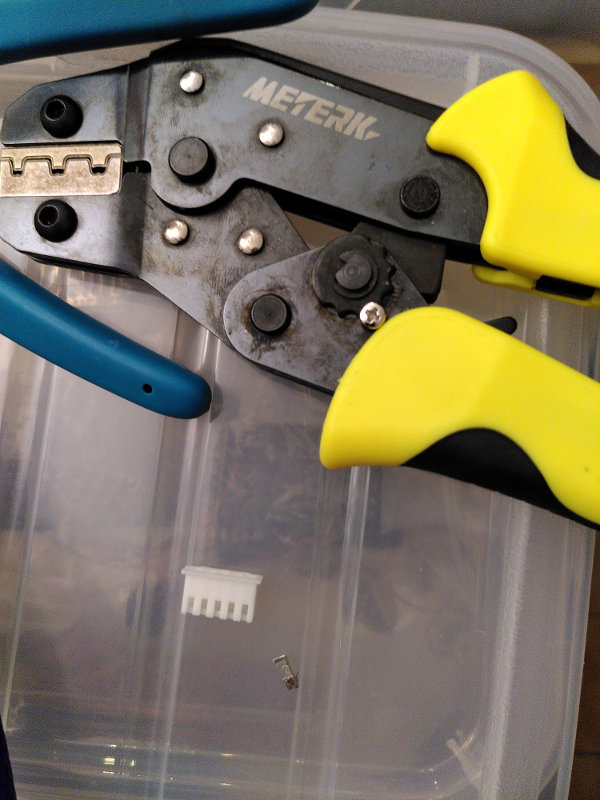 The first testing worked out as expected. 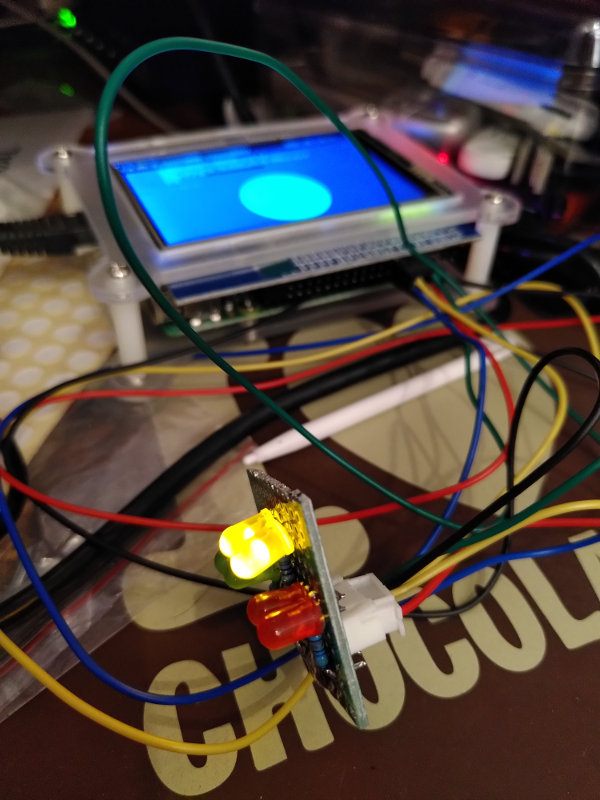 I just needed to print a little box for it with the 3D printer:

You might wonder why there are two alternating green lights. Actually, using a single green LED was not an option. If it was constantly on and green, then I wouldn’t be able to know if the program that controls the indicator is still running… or if it has crashed. Of course, I could make one single LED blink… but any blinking inevitably catches the eye and is bothering. On the other hand, two alternating green lights don’t catch the eye because the overall luminosity is constant, while ensuring that the program is alive.

Of course, the error state with a red light and the warning state with an orange light are blinking to make sure that my eye will instantly see it:

You might have noticed that I also have doubled those, this time it is a simple redundancy in case one of the LEDs fail (which is not very likely any time soon given how robust those LEDs are). Besides, I found the luminosity of a single LED a little bit weak, so I preferred having two LEDs with a stronger resistance and thus less strain on each individual LED.

And now I have an indicator on my desk telling me at all times that everything is ok. Or not.

The managing software is now on my gitlab: https://gitlab.com/jytou/monitoring-and-sensors/